And then I trembled.

In the year of 30, I have learned 4 things about myself based on what my body and my heart have told me.

1.  There are days when I would gladly trade My Favorite Record Player for a chubby, red-haired baby and nothing has ever surprised me as much as that has.

2.  My joints have officially stopped coming to my defense.  As much as everyone jokes about their age, it's true.  It is a quiet protest, but there are still, occasionally New Aches.

3.  I can no longer "do" action movies.  The absolute worst parts are when someone's all, "Hey, that one Russian Guy actually works for the CIA and how 'bout  Those Redsox" and without warning, someone goes and literally shoots the poor messenger mid-sentence.

That one's a complete date ruiner for me. 20 minutes into our latest film venture Tim looked at me (eyes covered, breathing heavily) and said, "You've gotten worse."

And then this happened.

It was supposed to be a quiet night.  A nice night in.  I was sick...and tired.  Tim had been on his feet.  We made Chinese Food and watched a movie. And during one particular action-packed chase scene a bad guy gets hit by a car.

And then I remembered this.  And then I travelled back in time and thought about this.

Poor Angry Russian.  Cause you know, that's me.  In the gray suit. Carrying the gun.  Breaking the headlight and denting the hood.

And the scene had not even ended, but still, I said-twice.

And promptly left the room. For the first time in roughly 8 years, I thought about the accident and I cried.  I cleaned the house for about 45 seconds until the crying turned into those snotty, gasping kind of sobs and then I found myself leaned over the dresser, trembling.

I don't think I have ever trembled before.  It wasn't "Wow, that deer came out of no where and now my hands are shaking."  It was something deeper.  Less easily controlled.  It had nothing to do with hands, either.  It was all in the biceps and forearms.  If life is a story, this was The Baby Bear of panic attacks.  I'm sure.

And I Pictured the whole movie scene over again.

It happened, you know.

Tim said when we first met and I came to an intersection, I used to cower. Is there a sadder word in the whole wide world?

Five dollars if you can say that 3 times fast. ^

For years, I did approach the accident with the easiness of a Hawaiian Surfer.  With the wave of a hand on the way to Red's Games and the comment, "Eh...it can't happen twice."

I was cocky.  Arrogant about the whole thing.

The truth is, it hasn't bothered me.  Until lately.  Which, I admit, is weird.  A random bad dream here.
A sigh at the same intersection there.

But strangeness aside, it was over, and I was over it.


And hunched over the dresser, I knew 2 very distinct things.  Like a moth to a flame, a deer to water.

I needed to take a shower.

I scrubbed down in 11 different ways and pretty much spent the rest of the time staring into space, listening to the distant gunshots and fist fights in the background.  I'm not even sure I rinsed my hair.  I tried to pray.  I did.  I tried to recite Psalm 23, but my brain wasn't having any of it.  There was no possible way to bring up the scripture verses I have committed to memory.  Something about a cup....and a valley....and a house.  And then, in that moment, I knew... He was gone.  The Lord had left and surely that can be labeled as The Loneliest Shower Ever Taken.

After that part was over, I foolishly shook my fist at the sky.  Don't. you. ever. leave. me. again. And The Lord, in true fashion, has never been so quick to give a response...the rest of Psalm 23.

Thy rod and Thy staff, they comfort me.

And then I remembered that I am loved and that I am bought with a price and that nations have been given in exchange for my life and I was finally able to unfold myself and get out of the shower.

And the next thing I knew was that I needed to write.

In that moment, I desperately wished Charlie was there.  To listen.  To chat.  To give.

Charlie was my late-50-something Post-traumatic Stress Counselor.  He wore Hawaiian print shirts and loved Ohio State football.  He lost his dad to a heart attack while they were out golfing.  He tried CPR.  It didn't save him.  And I cried.  A lot.

Referred to by a friend, he really counseled at a Drug Rehab Center.

A second grade teacher?  I was a welcome change.

As part of the "Rehab Paperwork,"  He had to ask me all sorts of awkward questions and apologized in advance.  My drug habits. Alcohol.  How many sexual partners I'd had.

I told him we didn't even keep cooking wine in the house and that I was a virgin and he looked at me like I was made of gold.  A lone violinist in a room full of drummers.  Because that was how my stories came out.

Loud and choppy, sad and hopeful and slow.

I wore my pink converse tennis shoes and a  hoodie and listened to The Shins in the waiting room. Trying to channel my inner Natalie Portman. 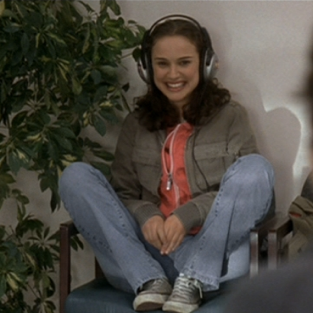 And then there's number 4 from the first list above, lest we forget.

I need to be humbled.

And earlier....when I found myself leaned over our dresser.  Palms on my forehead. Trembling.  Staring into my closet...He spoke.

Behold,  I am making all things new.

Maybe this is just my new normal for now.  Taking a break from the Jason Statham's and the Bruce Willis's for a while.

My name is Holly Young, and I like movies with dogs, jazz music and kissing.  Lots of kissing.

Behold, I am making all things new.

P.S. There were a lot of numbers in this, which confused me. I still don't feel like it's the "right order," but if I've learned anything- it's that you get what you get and you don't throw a fit.

P.S.S. When I got out of the shower, my make up literally looked like this. It. was. awesome. Where is a camera crew when I need one? 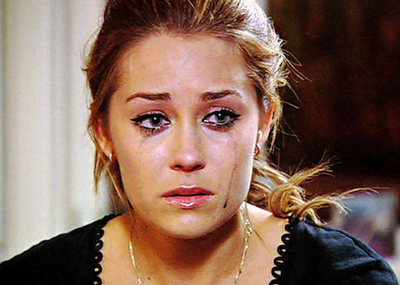 ***It must be noted that a few weeks ago, I told someone on Facebook that the accident opened me up to beautiful things.  Amidst all of this, that still holds true.