This week, Tim and I will celebrate our 5 year anniversary. Hooray for us!

I'm really excited about this one. Five years of marriage just sounds awesome. We've got a fun vacation planned, and we're going to start partnering together on some business ventures in the future. Needless to say, I'm pretty stinking excited about Year Six.

I wanted to write a list of 5 Things I Love About Tim, but I felt a little cheesy. Instead, I wanted to make the list a little more broad. As in, “If you are not married yet, these are qualities you need to look for in a man.” I just happened to be married to a man who embodies them because I am just that lucky and just that smart. ;)

I also want to add that I was terrified of getting married. I was so afraid that all our little habits and quirks would come out in full force once we were living together 24/7, and we'd be at each other's throats.

Tim was level-headed enough to explain that we “might” actually discover even more things we liked about each other.

I'm happy to tell you that it's totally true.

Maybe I “knew” all these qualities were there...I just didn't appreciate them until later.

1~ He's a really good cook. It's okay to marry a man who can't/doesn't cook. I just wanted to throw that one in. Although, it must be noted that you need to marry “ a helper.” It is just that simple. Marry someone who helps.

2 ~ He is a navigational genius. I am convinced that you could give him a 1957 chevy, a bloodhound, a ham sandwich, and a street address in Alaska, and he would be there by dinnertime. It's not even about “knowing where to go” or “being too proud to ask for directions.”

I think what I'm getting at is that he is a talented problem-solver. Traffic on the highway? He'll find a way around. Accident on the interstate? Back roads.

When we went to Hawaii, he found a snorkeling excursion that was not part of our cruise line (more fun, so much cheaper)! We took the public bus. He had us criss-crossing all over that island, but I'll be darned if we didn't make it, and it ended up being one of the best days of my entire life. 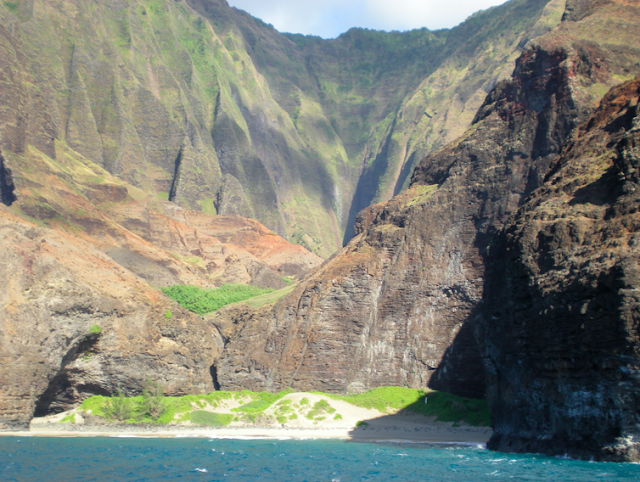 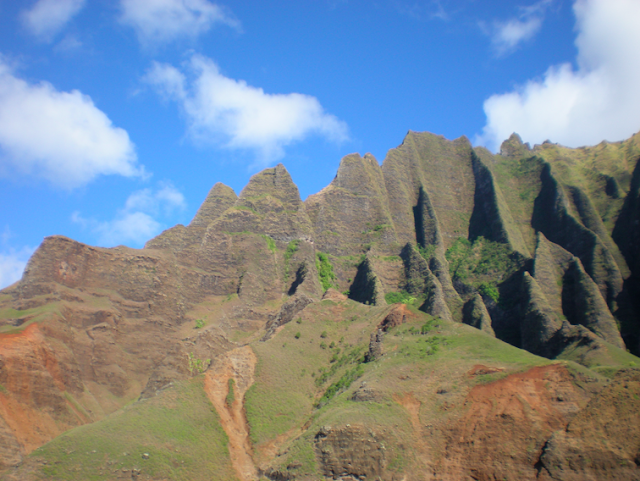 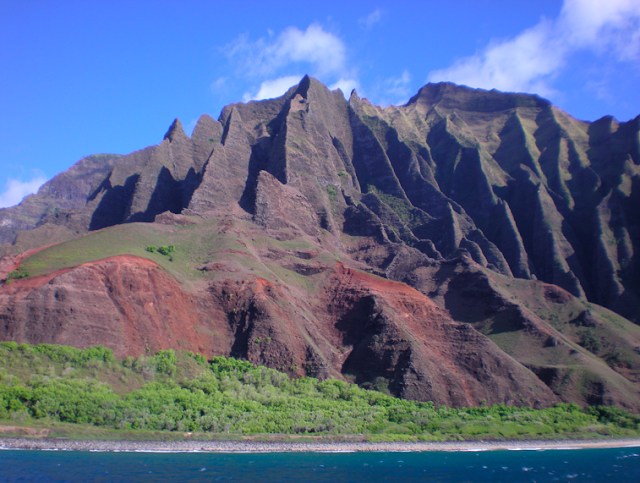 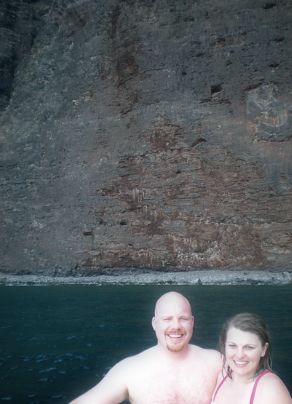 Tim has an “animal voice.” He loves animals. It is a voice he only uses when he is speaking to animals. Even just this past weekend, he spent several minutes loving on his mom's cat and going, “Hey, Kitty-Kitty. Be my friend, Kitty-Kitty.”

It was the cutest thing ever.

Speaking of tough/tender...check out this adorable (albeit blurry)  pic. of my husband playing with the little kids at church. Holy-my-biological-clock-is-ticking, Batman! 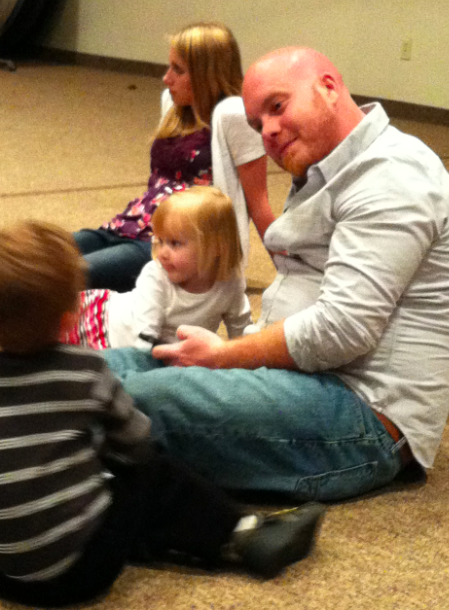 On the other hand, I remember one time, someone knocked on our door at like, 10pm, and I was like, “Holy Smokes. It's a murderer!!!” I was pretty much huddled in the corner whereas Tim was like...at the door...all broad shouldered.......like, “WHAT DO YOU WANT?” But he didn't yell. He was like...all quiet and calm and intimidating.

Tim Young is not happy when you startle his wife at 10 o'clock at night, and I love that about him.

Let's be honest. It was hot. Ladies. Don't act like you don't know what I'm talking about.

4 ~ He is one of the hardest working men I know, rivaled only by my dad and both my grandfather's, and even then- it's a four-way tie for first place. I always knew he was the kind of guy who could “hold down a job,” but I did not realize he was the kind of guy who would dig a job up from under the ground until several years into our marriage. It takes a determined man to find a job, but it takes an incredibly special man to create one. 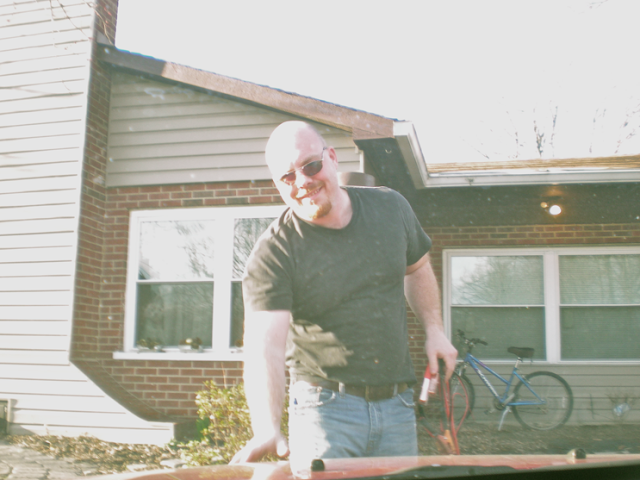 With that being said, thank you so much for reading as I gush about my husband.

If you are married, I encourage you to make your own list. It's super fun and helpful on those, “I'm ready to put you in a headlock” days. Come on. We all have them.

If you are not yet married, I encourage you to stick to your guns, ladies. Remember: Has Job. Loves Jesus.

Other Anniversary Posts here and here. 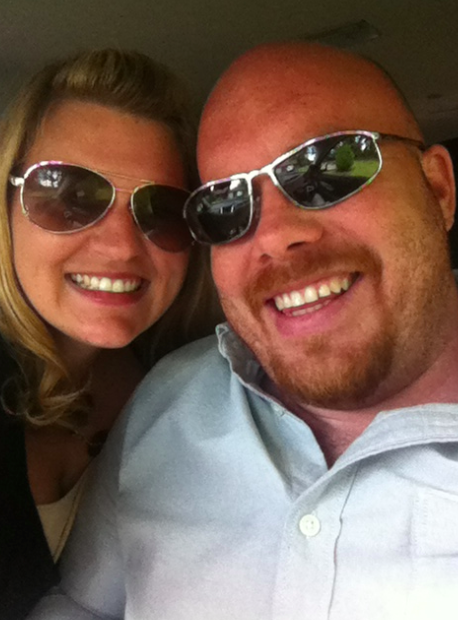 A very, very happy anniversary to you. I teared up reading your post, as your husband reminds me so much of my own. I laughed out loud at the navigational abilities, and especially at him being hot. ;-D

Found you at HWC. So nice to meet you, and look forward to seeing you around the web!

Kim- thank you so much for stopping by! I'm glad you got a kick out of those things as well! Have a great week!

Awww.. you guys are beautiful. Happy anniversary! I love that you see the best in him and celebrate who he is. I feel that is key in a happy marriage.