Well folks, tomorrow is our 5 year anniversary, and I've come to realize that in all the years I've been blogging, I've near really talked about our wedding.  I mean, come on...seriously!?!?  I started out with a huge post about our wedding. I ended up pulling out our entire album, and spending like, an hour sorting through photos. It was super fun, but way more time-consuming than it needed to be.

I wanted to post approximately 843 more pictures, and but will settle for 700 instead.  I'm kidding.  Gotta save some for year six, kids.

We had our wedding at the same church Tim's mother/grandmother attended. My parents have been regular attenders for about 40 years. Tim and I met at this church and had our first kiss in the parking lot (now THAT'S a story for another time). My sister and her family are regular attenders as well.

I just love this church, and I hope I'm 89 years old and still attending. 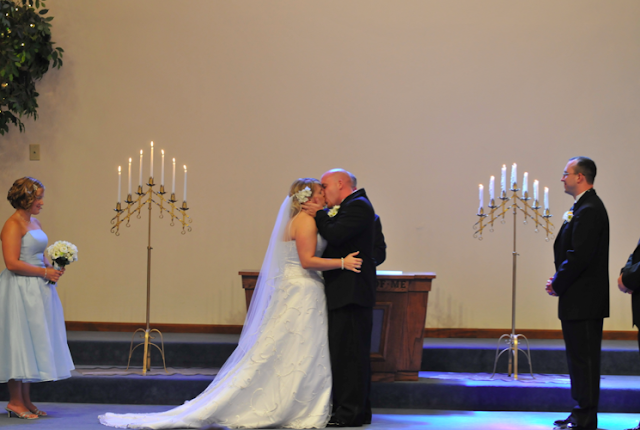 I actually saw Tim before the wedding.  I just knew I would be too anxious to get to the reception, and wouldn't really enjoy the photo session after the ceremony.  He waited at the front of the sanctuary, and I walked in to meet him while the photographer snapped a few shots.

Thinking back, I sort of wish it would have been just the two of us.  All the candid shots are really awkward looking.  It's a fun memory, but such an intimate moment to share with strangers holding cameras-haha.

I am SO glad I saw him beforehand, though.  I was just more relaxed that way. 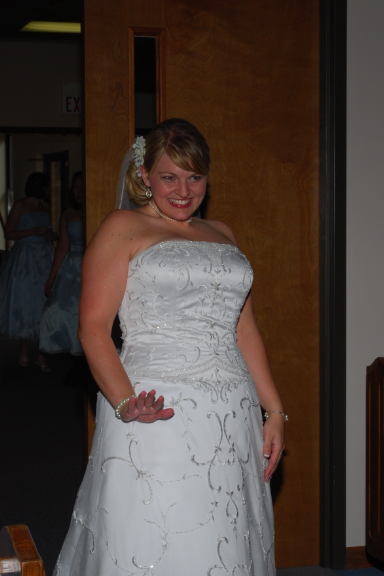 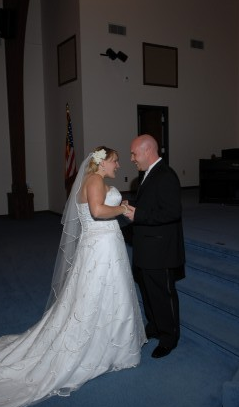 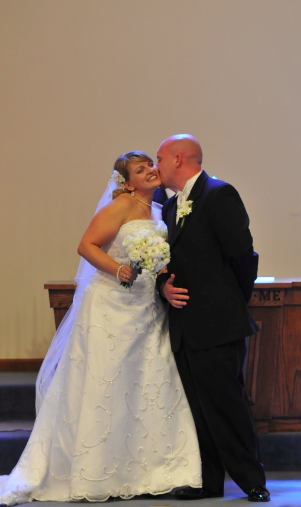 We had the reception at a (somewhat newly renovated) local middle school, and the menu included typical “cook-out” food. Pulled pork and all the fixin's. Our favors were Pez dispensers, and Tim and his family provided much of the live music. 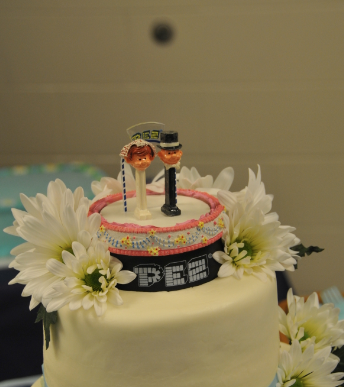 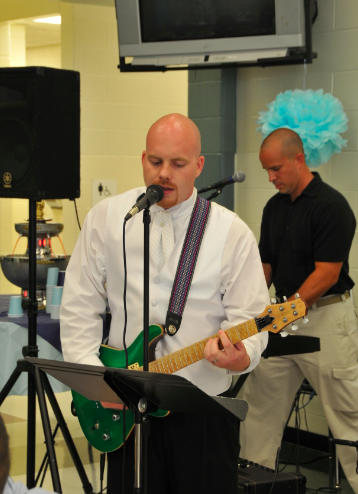 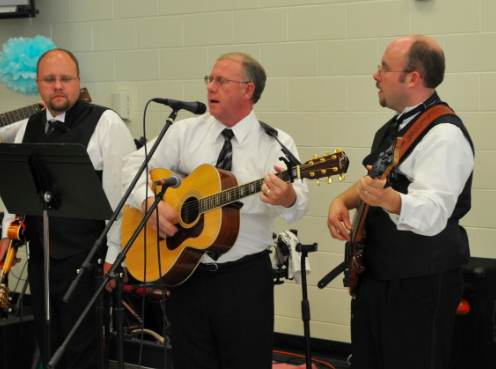 Instead of the father/daughter dance, I sat with my dad while he played Louis Armstrong's, “What a Wonderful World” on the piano. 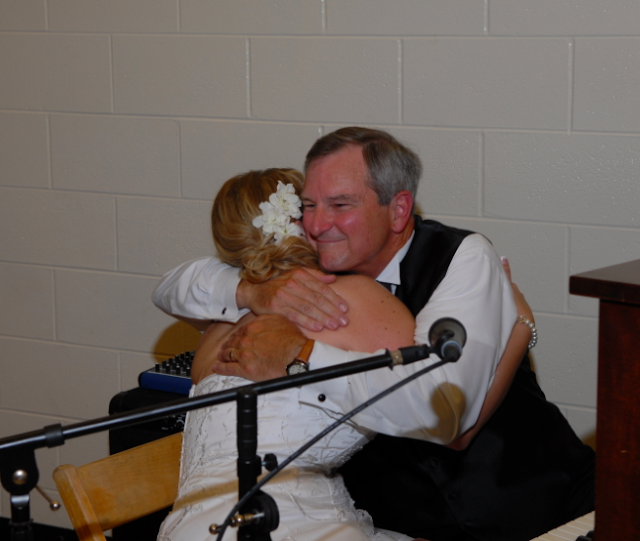 I attached Star Wars pins to my garter as a surprise for Tim. We also attached Starbucks Gift Cards to the bouquet and garter and opened “the toss” up to everyone under 40. Many of our friends were married at the time, and we wanted to avoid the awkwardness that I KNOW many people feel standing in a crowd full of 5 year olds waiting to catch the garter/bouquet. Plus, we liked the idea of including all our friends. In the end, a set of TWINS actually ended up catching the garter/bouquet. 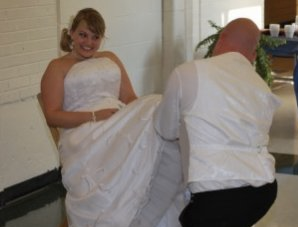 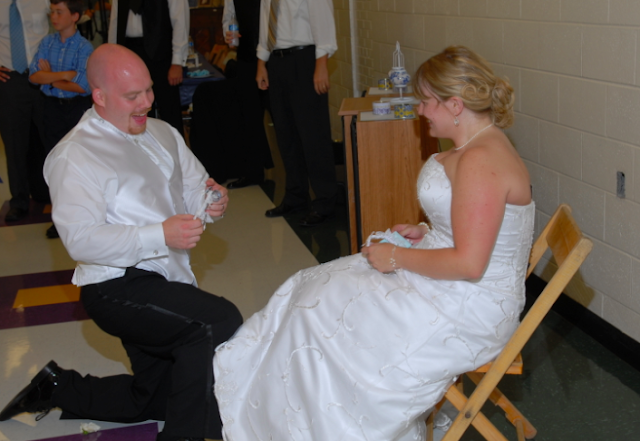 One of my favorite memories from the reception was actually just staying until everything was being “torn down.” I always said I wanted to leave before everything was cleaned up to avoid seeing “the end," you know. It was actually nice because I just felt such a sense of relief that it was over (I know that sounds terrible, but you know what I mean),  and by the end- it was only our true “die hard” friends and family leftover. It was all very casual.  We snapped some silly photos (NONE of which I can find), and called it a day.

We had so much love, help and support during our big day.  I only hope I can pay it forward when all of our children are grown!

Tim and I spent the night at a hotel and finished the trip up to Mackinac Island, Michigan the next day. We rented a little condo there, and basically just “played house” for an entire week. We took a carriage tour of the island, bought lots of fudge, went putt-putting, road our bikes around the whole island, and slept in until our hearts content. 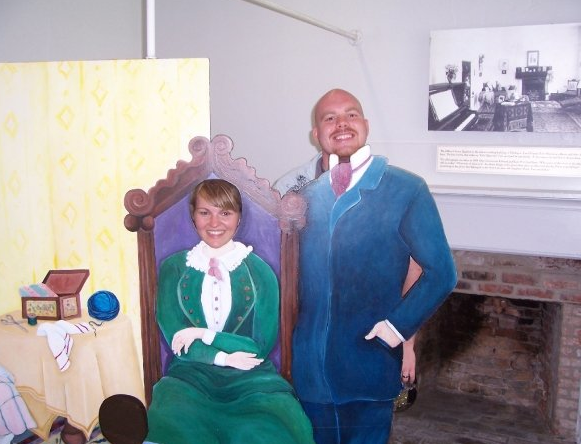 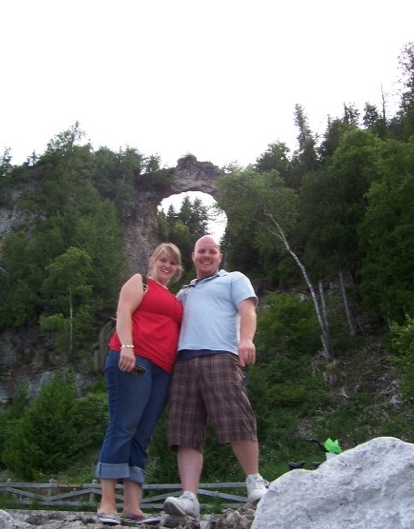 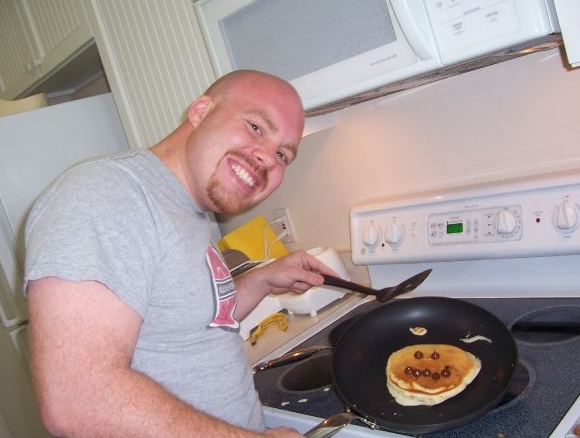 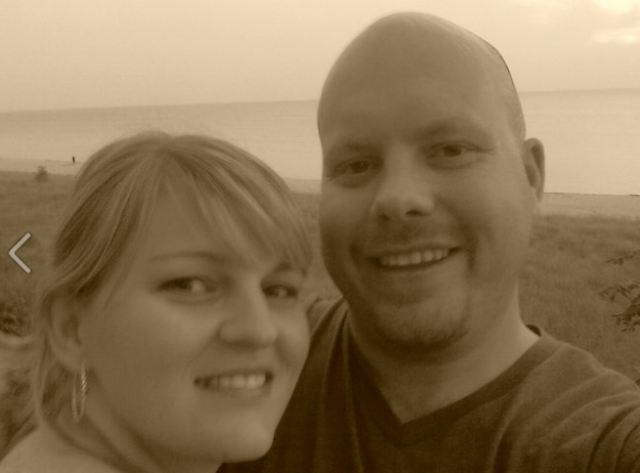 Love and it's all I can do to stop from planning a "vow renewal ceremony,"
H.

*All Wedding Photos courtesy of Dunaway Photography (I know some of them are blurry, I can assure you they aren't this way in real life.  I think I have "manipulated" some of them too much.  You know...in the five years we've been married...resizing them...taking screenshots of screenshots and such.  Let's be honest, some of these I snatched right off of Facebook.  Of course, the digital ones are tucked away somewhere but after all the sorting and looking I did beforehand well, ain't nobody got time for that).