Fluke: (noun) an accident or chance occurrence
So, it should come as no surprise that I.Love.My.Dogs.  I am a dog-loving nut.  A weirdo. A fanatic.  We have two dogs who are very lovable, but both very very different. 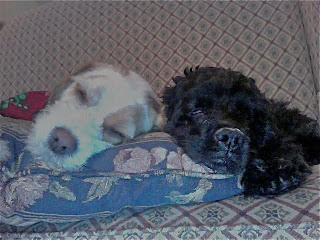 To be honest, Scarlett and I have bonded.  That doesn't make my love for Noel any "less."  Just different. Sometimes, you meet another living thing, and you just click.
She sleeps with her tail end curled up towards her nose so she looks like an arctic fox or an armadillo or something.  We say she makes a "Scarlett ball" and often refer to her by that name. Sometimes she is Scarlett Ball, sometimes Scarlett-ball-dog or sometimes just "Ball." 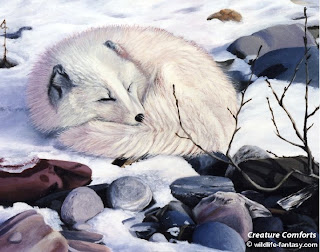 Yea, we're crazy.
You see, I cannot function without this dog.  She is my best friend.  My buddy. My clone (that's right, my clone).  She is my shadow.  We rescued her from a foster home in Indiana (she was very sick and going to be euthanized at 6 weeks until a volunteer took her and her siblings under her wing).  Hers is a story of hope and healing and grace. 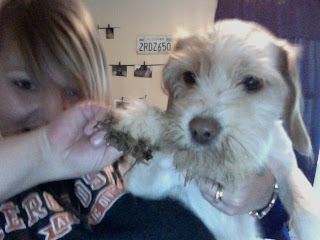 And she is the wildest, naughtiest, stinkiest dog you will ever, ever meet.
The other night, I had parent-teacher conferences, and I came home in a rush and then left once again to run errands with Tim.  It was a weird night.  I left my phone, purse, keys, wallet, everything at home, and I have no idea why.  I just got in the car with Tim and left.
I was tired.
When I came home, I remembered I had left my lunch bag in her reach and she had drug my tupperware all over the living room.  I never do that.
I also realized that several doors had been left open (our bedroom, etc.).  Again, we NEVER do that.
I turned the corner and realized I had done yet another "thing" I never do...left a bottle of ibuprofen in my lunch sack.   There were all these uneaten tablets piled neatly on our bed with the open bottle close by.
It's incredibly toxic for dogs.
That's right.  1,000 flukey things and the odds were stacked against us. There weren't many pills in the bottle to begin with, and from what I could tell, ALL of them were still there.  Untouched.  That's right, untouched.
This is the same dog that ate large chunks off nearly every Christmas ornament we own and pooped glitter for a week...yet she left a gazillion, tiny candy-coated tablets alone....? Do I feel like the Worst Mother of The Year?  Probably.  Then again, there's always this one 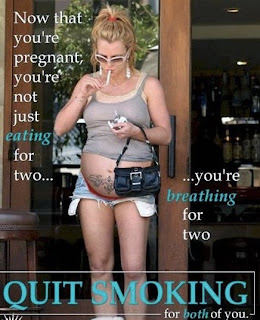 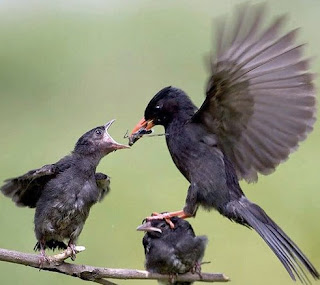 that makes me feel a little bit better....
(((sigh))) Sometimes accidents just happen.  You live. You learn. The hard way.
I hugged her and breathed a sigh of relief and also a prayer, "Thank you, Lord."
And The Scarlett Ball's fine.  In fact, she was back to her old tricks, digging in the recycling bin the very next day.  So, on one hand, I am tempted to say, "I choose to believe."  But on the other hand, I think it is more like I HAVE to believe.  I believe there is a higher power "out there," and I ask Him to intervene in my life, everyday. And he does. 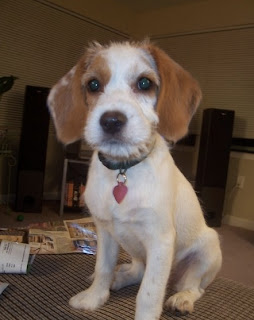 The Mutt is living proof.
I also believe that we find what we are looking for.  So, this week, I encourage you to ask for intervention. You never quite know when it's going to come, but yowza! when it does you just know it.  Be it a green light when you really, really needed one, a $5 bill you forgot was stuck in your pocket or a phone call from a long, lost friend.  Suddenly, it becomes kick-you-in-the-crotch-clear that Help Is On The Way.   Look for those little hints that Someone's Got Your Back.   I'll bet you a milkshake, you'll find what you're looking for. 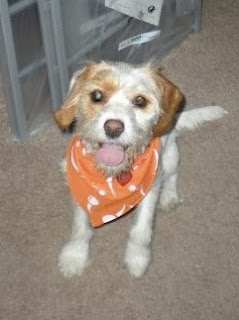 Plus, I'm convinced that Scarlett's death will be as random and exciting as her life.  Losing her to old age or toxins would be like a stuntman dying from a head cold.  I think she will die in a cage match with an elephant and a monkey or while chasing a ball over a vast canyon.
Or she will live to be 9 million years old.
My money's on the latter. :)
Love and dog-proof pill bottles,
H.
P.S. I used the word "crotch" in this post, and I feel really weird now.  :/
Posted by Holly at 3:24 PM

I LOVE this post. Your dog is such a sweetie. Naughty dogs are the best. I've been planning a pet post this week too. Pets rule!

The photos in this post CRACKED me up! You are too funny, Holly. Though I am glad to hear lil Miss Scarlett is a trooper and back to her old (young!) self!